“I’ll…look beauty in the eyes and feed my soul” 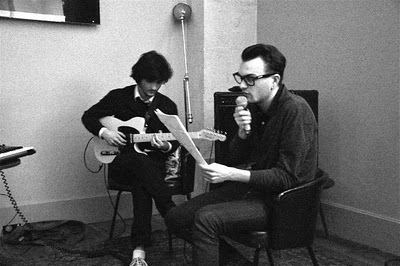 …I lose my friends and go back up to the mass
it’s All-Saints day all the benches are full
but a man sees me and makes room, so i decide to sit.
Everybody’s listening to the priest’s psalms,
with their palms to the sky,
a young woman clasps her hands hard to feel the qualms
of faith
but her phone rings and she reaches in panic in her Longchamp bag
to turn it off…

Am I the only one who understands?
Dim lights cast shadows on the faces of the chic twenty-somethings gathered around a young artist with dark glasses.  Dijon’s “bobo’s” I have heard them labeled — my generation’s bourgeois bohemians, with their designer brands and purposefully messy coifs.  Nonchalantly they sip their beers and stare tenaciously at the artist, whose lips move so quickly that even I have trouble making out some of the words, though they are the sons of my mother-tongue.

It’s not his accent, since it is scarcely noticeable.  This francais has spent a good amount of time in America, the obvious muse for much of his poetry.  But he reads at a surprising pace, with musical accompaniment that at times overwhelms the power of his voice so that all I can make out are the frenetic chords and the movement of his lips.

Still, what I can hear above the sound are words about the bustle of New York, his struggle with a lack of faith (“As they all follow and recite /the rosary in my head /is tangled and intertwined”) and his nurtured empathy for the world-views of those with “English-speaking eyes.” 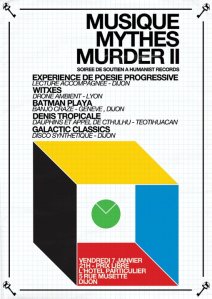 It is ten o’ clock on Friday night and Hotel Particulier is tightly packed with the French followers of Anthony Moriarty, the skinny, tatooed artist who reads his poetry in English with a slight southern accent.  (“I lived in South Carolina for two years,” he tells me after the show.)  As I look around at the faces in the room, a sort of smug feeling descends upon me. I can make out the words they struggle to hear. I can understand the similes and metaphors, I can hear the alliteration. And I can confirm or deny his perspective of America. I’ve been there. I was born there.  Am I the only one who understands?

“Thank you, but it’s less about the words and more about the sounds.”

I never have completely understood the progressives, the bourgeois bohemes among my peers. As I watch the crowd begin to disperse and Anthony shuffles away to sell CDs of his poesie progressive, I laugh a little to myself.  The smug feeling has lifted with the revelation that — yet again — what I thought I saw, wasn’t. I understood the words, but had I understood the music? Had the meaning that the French bobos — waiting in line to buy the CD — had found been lost on me?

Am I the only one who hasn’t understood so much after all?